AS soon as we’re done with breakfast I set the studio up to film some video for Facebook ads and other social media use to promote the US tour.

We’re tight for time, all the light batteries are running low and, to make matters worse, the first time I do a decent take the memory cards in the camera decide to flake out…by which time Catriona and Freya have arrived. Video has to go on the back burner.

I have a poster for Saturday’s music in Drymen to put up in the village shop and while I’m there I pick up copies of the Daily Record and Stirling Observer. The former has a nice piece on tomorrow’s show while the latter has a half-page feature on the local fun day with pix by yours truly.

Lack of time and suitable weather means that the US tour promo videos will all be filmed in the studio using green screen….I need some ‘background’ footage, so we take a walk with Freya to the pontoon where I set up a camera in the wind and rain and grab some footage.

Back home we have some lunch then Catriona and Frey head off.

In the studio I rehearse some of my set for tomorrow and start packing some gear…I need to provide sound for one of the pub trial venues during the day tomorrow.

Next stop, the office where I put the final touches to a photo project then we wander along to Betty and Joe’s…we’ve been invited for dinner along with Martyn and Louise.

A splendid night ensues and we’re home by 1am… 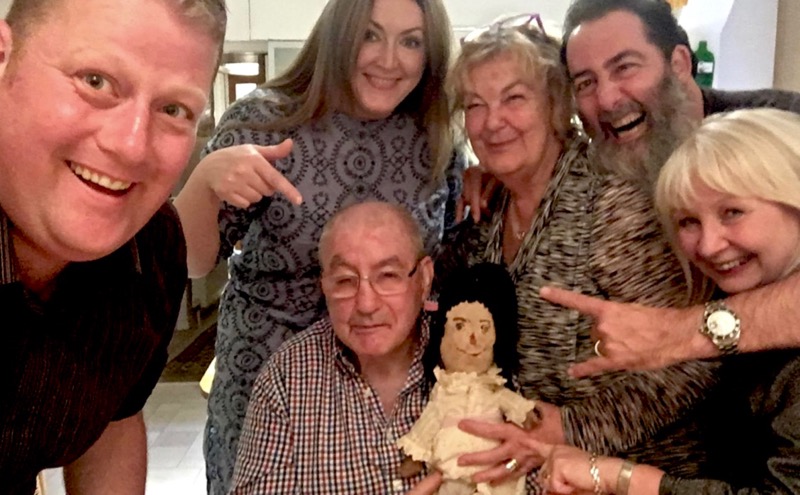 The evening’s conversation somehow gets round to kids’ toys and Playschool…Betty digs out a homemade Jemima doll (from Playschool) that was made for her daughters…!