DESPITE the late night we’re up at a reasonable time…not feeling too tricky, tho’!

We chat round the breakfast table then JonZip leaves and I start unpacking the car. Some Facebook messages alert me to a gig preview in the Sunday Times so I nip down to the village shop to find a copy. None there tho’ 🙁

It’s also impossible to buy a single digital issue of the paper – a three month contract is the minimum. Mmmmm…

Margaret jumps in the car to go and find a copy and I spend some time editing a recording for the local audio project which is now – from my side anyway – pretty much complete. 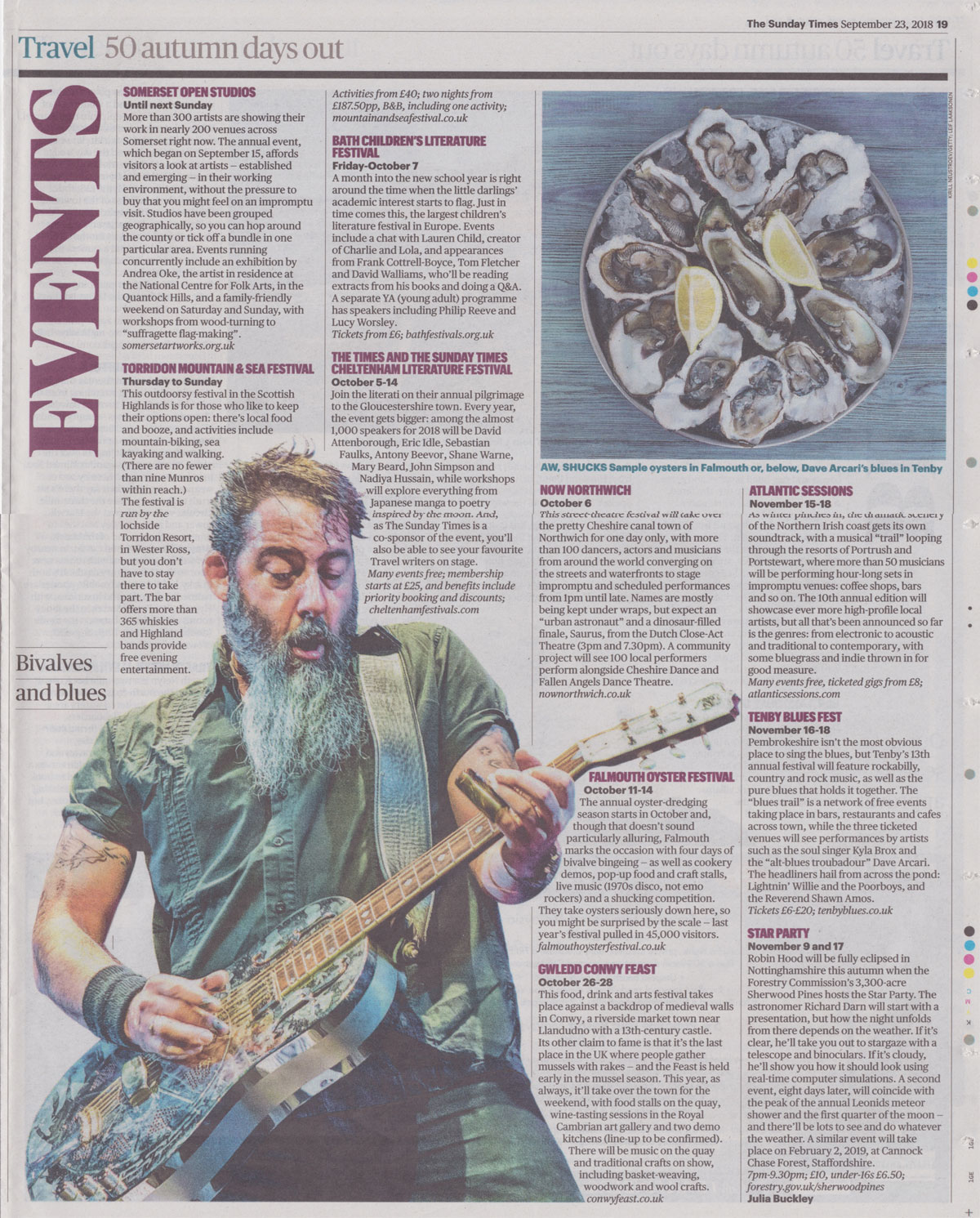 Nice preview for Tenby Blues Festival in the Sunday Times….

When Margaret comes back we see it’s been worth finding a copy of the paper…there’s a preview for Tenby Blues Festival which I play in November when we get back from the ‘States accompanied by a pretty large photo of yours truly.

Back in the studio I film some stuff for social media tour promotion – but Margaret thinks I sound like a fanny. We’re running out of time – and the diary is full between now and going away but we decide to give it another bash tomorrow (Monday) morning.

We pick up some pizza and make our way along to Betty and Joe’s where we eat and have a few glasses of red then back home…I have an 11.30pm Skype call scheduled with someone in LA to see if we can sort out some more stuff for the West Coast trip in January…