WE’VE to be at the Daytortter studios for an 11am load-in. It’s only a few miles from the hotel, but breakfast finishes at 9am, so we’re up at a  reasonable time.

Jake meets us at the back door to load in and soon we’re joined by engineer Ian who recorded a Daytrotter session I did a few years back, and also did my live sound at the Village Theatre in Davenport  on the 2016 tour.

We set up, warm up with a wee Glengoyne and at 12.15pm we go live….this is my fifth session for these guys, but the first with video and a livestream. You can see it above or click here to see it on the Paste Magazine website.

On the way back to the hotel we stop at a supermarket for some lunch supplies.

Our pal JJ at McAuliffe’s in Racine, where I play on Friday, has organised for his liquor rep to bring along some 10-, 12- and 15-year old Glengoyne and is gonna do a special ticket for the show including a whisky tasting. II make a quick video to help promote it and fire it round all my social media.

With the night off, we decide to treat ourselves to a meal out. Margaret finds a place called Zeke’s Island Cafe and, to give her a break, I drive.

The starters – crab rolls and crab cakes – are great, but the main courses are disappointing. My Caribbean mix of jerk pork and chicken with black beans and rice is average, but Margaret’s chilli and garlic prawns are…well…shite. She enjoys the margaritas tho’! 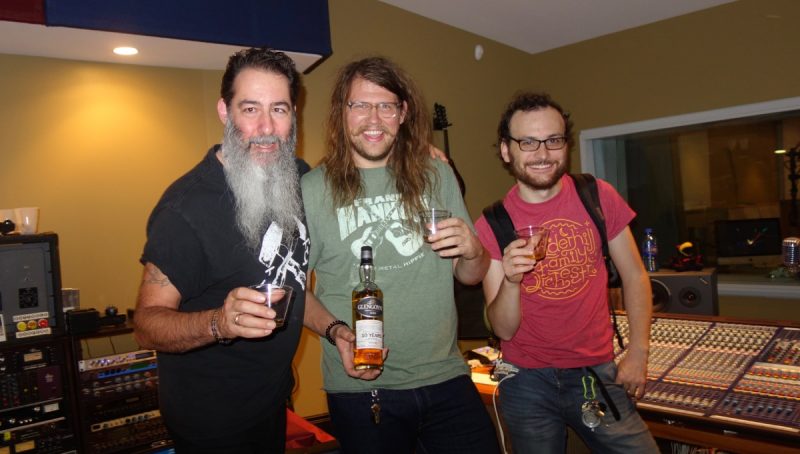 At Daytrotter studios, Davenport with Jake and Ian…and a wee dram 😉