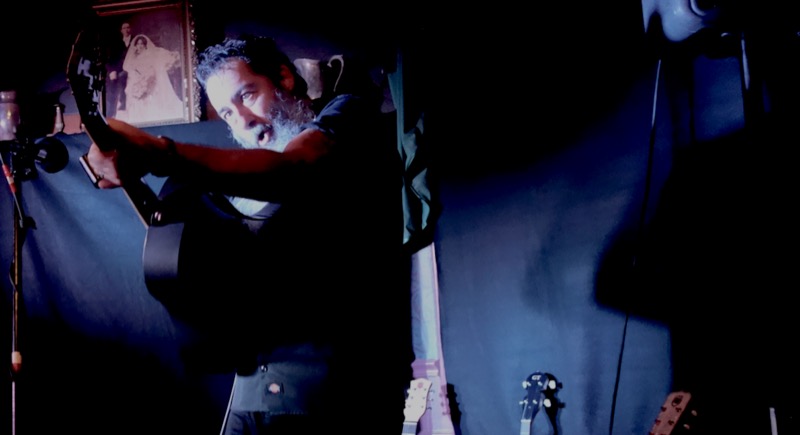 IT’S 10am by the time w make out downstairs for breakfast at the Nahma Inn and we join Charley and some of the folks who’ve been staying over for last night’s show.

We eat, drink coffee and chat then I go through my ‘on the road’ morning routine of blog social media and ‘on the day’ promo for tonight’s show.

After packing the gear we hit the road for the four-hour journey to Traverse City stopping for a quick bite to eat before crossing the eight kilometre long Mackinac Bridge.

My cousin Sue, who lives in Traverse City, is away on holiday but has arranged for us to stay with neighbours Don and Sally who have an amazing self-contained apartment above their garage. Sally’s out of town and Don shows us round..this place is the heigh of luxury…a lovely place to have as a base for the next two days’ show and a couple of days off after.

Load in at Sleder’s is 5.30pm and soundman Sandy has everything set up and ready when we get there. We soundcheck then join my cousin Dot and her pals for dinner before the show.

It’s great to meet promoter Seamus who we’ve worked with, but never met, before.

The show goes great and I have a grand time playing two 45-minute sets of all-original material. No covers allowed at Sleders…must be something to do with their music license – I throw a couple of tunes I haven’t played in ages which go down well.

After tidying up we hit the bar to  join some of the folks who’ve been in for the show that wanna buy me a dram.

It’s been a great night, and not too late a finish so we relax with a dram back at the apartment and have a relatively early night.