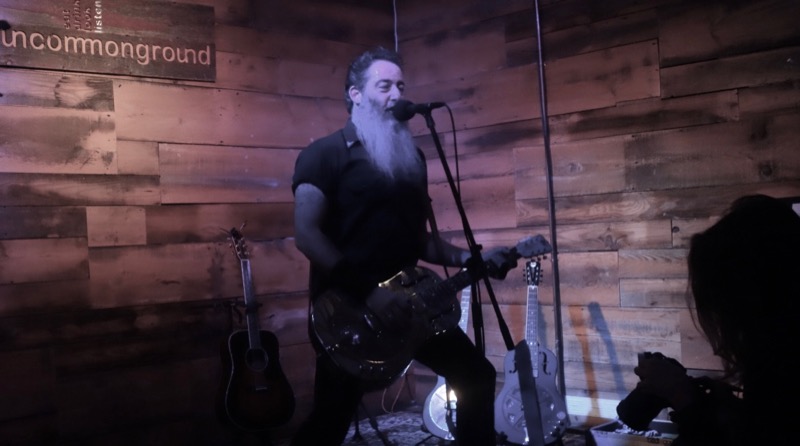 A great venue – and audience – at Uncommon Ground in Chicago

WE ENJOY breakfast at Doug and Micki’s with Sue and Peter…Sandy and Ron had an early start and are away by the time we’re up.

I get some last minute promo done for tonight’s (Sunday) show in Chicago then we pack the ‘tour bus’, say cheerio and hit the road.

It’s a few hours’ drive to Chicago, but we cross a time zone which buys us an extra hour. I do a couple of live streams as we go. Even with SatNav and our phones its a challenge finding the motel but we get there just after 3pm and have a chance to chill before making our way to Uncommon Ground…a half-hour of wacky races traffic through Chicago – Margaret’s most hated place to drive!

Uncommon Ground has an awesome music room and Eric the engineer has us sound checked in no time. Its an early show – doors at 6.30pm then my pal Phil Circle kicks things off at 7pm sharp.

There’s a nice crowd in and Phil plays a great set. Then its my turn.

I trying keep my 60-minute set as full ones possible and have a blast. The crowd is great and it’s safe to say we have a fantastic night.

There’s lots of chat after the show and its after 10pm when we load out and make our way back to the motel. By the time we get there we’re getting hungry and go out to ‘explore’…turns out that because we’re ‘in a neighbourhood’ most places are closed but we find a Chipotle on the way back.

We’ve body-swerved these kinda fast-food chains in the past, but its our best option. I order a steak burrito, Margaret a ‘bowl’ and we take ’em back to the motel.

We open a couple of beers…and when I pull the burrito out the bag I’m glad I didn’t;t order any extras or sides…the fucking thing is HUGE. And I don’t know if its ‘cos I’m so hungry, had too much whisky and beer or what, but its really, really good. I’m amazed such  good burrito has come from a fast-food place. Margaret enjoys her steak bowl too. 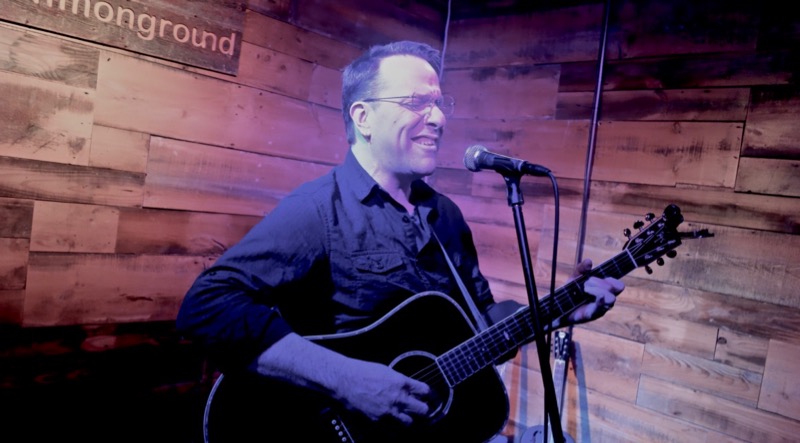