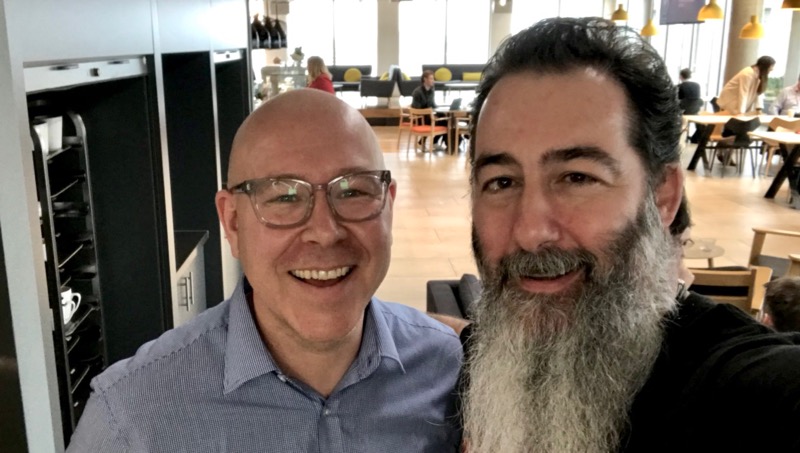 IT was deffo worth getting a hotel, late as we may have had to check in…not sure what kinda condition I would have been in this morning otherwise.

I’m awake early and hit the shower then have a coffee and croissant while I check emails. Margaret’s just wakening up when I leave to walk tot he train station and make my way to the PRS offices near Kings Cross for the members’ fund meeting./get-together.

The other fund visitors and I are meeting with the London team at HQ. I’m first there with 15 minutes to spare…next toileting arrive is Matt who looks after the Midlands and, as it turns out, we know each other not just through a load of mutual connections, but though music too.

Athena joins us then Jane arrives and the meetings kick off. We chat through our experiences and  discuss ideas for a few hours, touch base with some other PRS folks then have lunch with the fund committee who’ve also been having a meeting.

Its a useful day and we finish up just after 4pm. Tonight we’re in a Travelodge at Uxbridge – at the end of the Piccadilly and Metropolitan lines…Margaret drove over earlier an checked in and is waiting for me there.

We hang out for a while then head to Wagamama for dinner. its pretty good, but I’ve been kinda spoiled with the food at Ramen Dayo! in Glasgow which makes Wagamama look paltry by comparison….even though, as I say, its always pretty good,

Back at the hotel we chill with a glass of red…Tenby Blues Festival tomorrow (Friday).. 🙂