BREAKFAST at the hotel in Tallinn then we drag all the gear to the train station…but before we get on the train Margaret has an appointment at the foot spa!

I sit in the waiting room and get some work done, she comes back and we jump on the train for the two-hour ride to Tartu.

We have a nice hotel in the centre of town just ten minutes walk form the venue. There’s time for a snack and to chill  while then we venture out in the snow and load in at Illegaard. Andres is already there with sandman Siim who’s trying to integrate some of his own gear to the house PA to try and make it serviceable for tonight’s show.

Tonight’s show is the 15th anniversary of Tartu Blues Society…I played my very first overseas show for them in Tartu 13-1/2 years ago and was their first international guest – so its a big night!

We hang out and catch up with folks between soundchecks. There’s a full house by the time Andres and his band kick things off at 9pm…they’re followed by Randal Duo, then our pals Martin and Oliver (MO Duo) and then Al and part of his Cathouse Radio band. They play around 20-minutes each then I hit the stage for an hour and a bit of sweaty, beer and whisky soaked shenanigans.

It’s an awesome night and great to catch up with so many pals. Martin drops us back at our hotel sometime after 1am where we have a snack, a nightcap and crash. 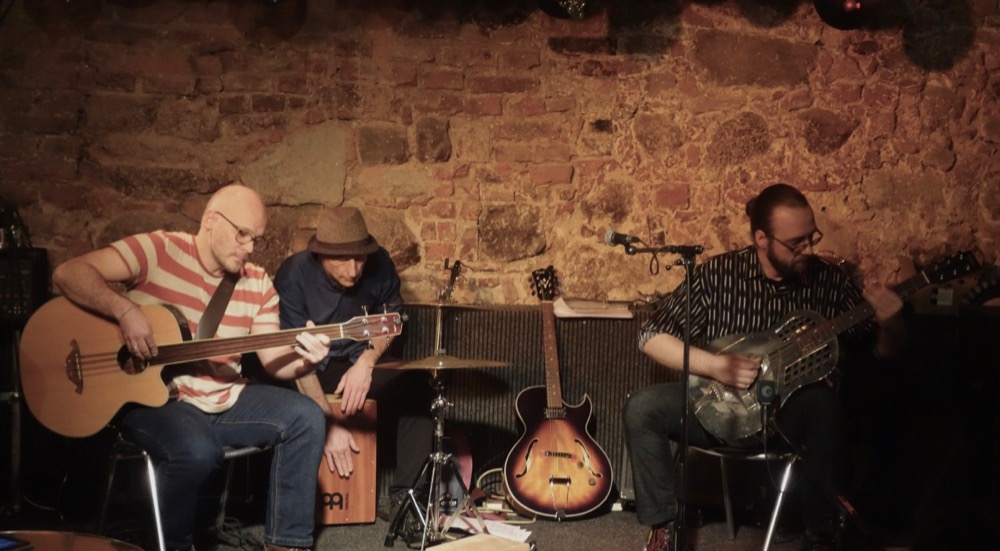 Andres, Peter and Les kick off the night with an awesome set… 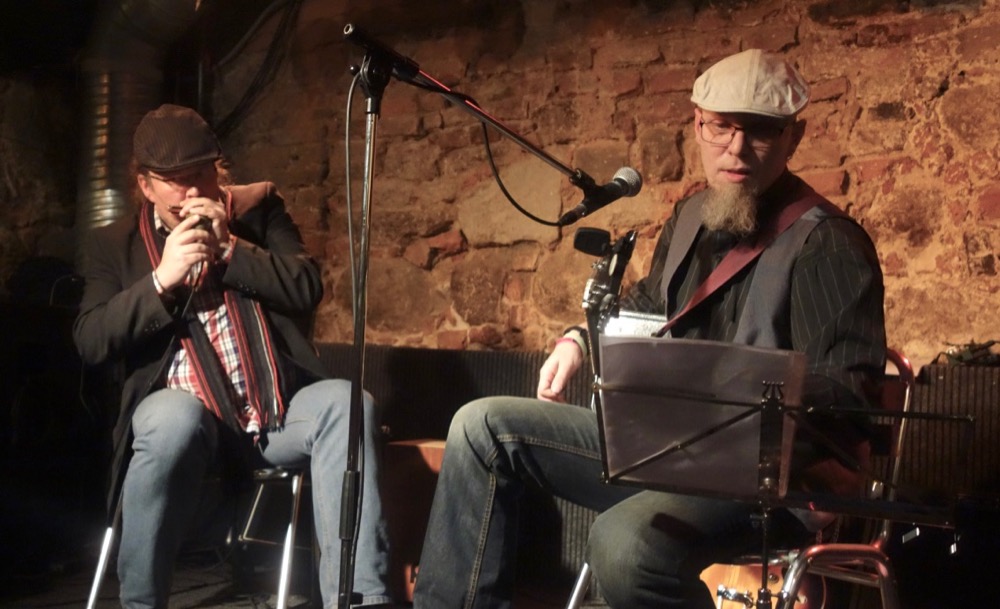 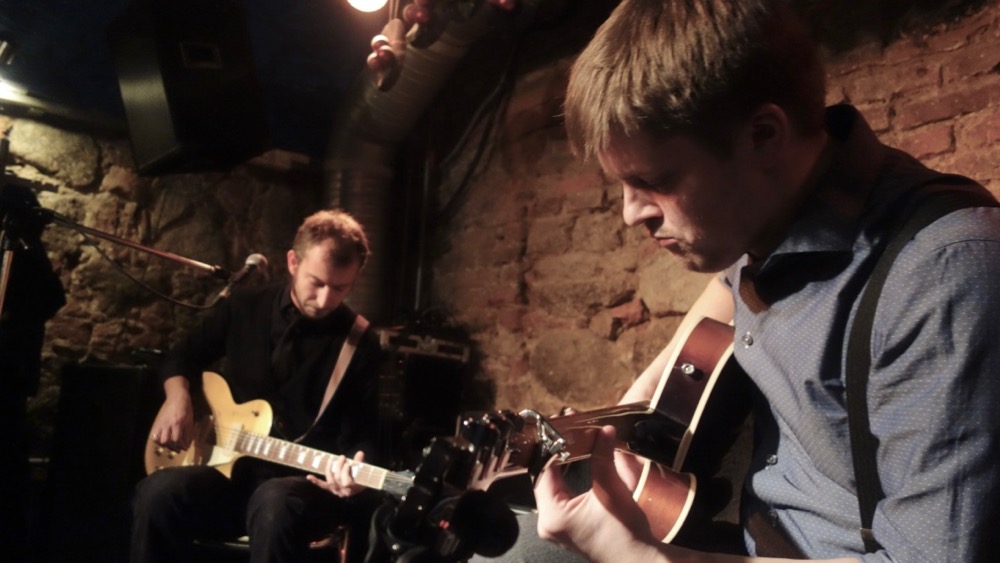 …then the amazing MO Duo with our pals Martin and Oliver… 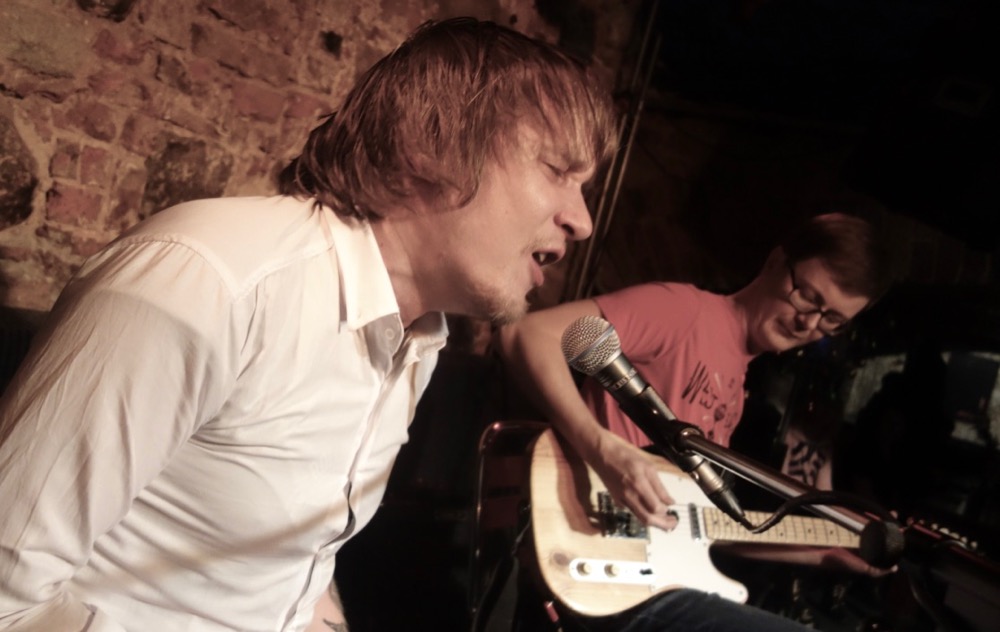