Givers & Takers hits the iTunes blues chart at number six. Click the image to check it out 🙂

I’m up at a decent time to add a landing page to the website, post Facebook profile and page banners and a bunch of other social media stuff to spread the word…and, of course, an iTunes link.

Once that’s all done I set up for a Facebook livestrream and although the broadband connection is slow, at least it doesn’t completely drop off meaning the livestream goes relatively smoothly..although as you’ll see from the ‘play again’ video below, there’s still a few glitches…

There’s poster art and tickets to be sorted for a newly booked Aberdeen show at the Blue Lamp on Friday 15 September – tickets available here.

A big box of old photos I pulled down from the loft has been hanging about the office for a while and for some reason I decide to tackle the job of scanning them….a few hours later…

A quick look at Apple Music shows that Givers & Takers has gone into the Apple Music/iTunes blues charts at number six! This morning’s work has paid off 🙂

That’s one position higher than last year’s Hellbound Train EP which debuted at number seven and had the benefit of a load of PR, promo and a month’s worth of pre-orders…


I GET cracking on the holiday lodge website – and start uploading a video ‘walk through.

We reckoned it might be a good idea to put out a download-only single in advance of the album launch – so Givers & Takers will be released on Friday 14 July. 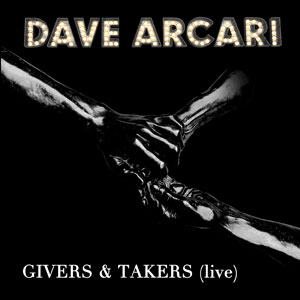 So while the website video is uploading (slow progress!) I hit the studio and do some artwork to accompany Givers & Takers. Not my usual style, but I want it to stand out in the digital field and not be confused with the live album or the already-released EP.

Back in the office, the video walkthrough has hardly started the upload, so I abandon that until I can get a better connection and set up the release and distribution for Givers & Takers.

Then I get busy with the other parts of the website that I can do without a fast connection.

By dinner time I’ve got things pretty much as I want them – a few details to be confirmed and info to be checked – and just a placeholder where the video will be – so I call my client and let them know the holding page will be down for the next few hours to let them have a proper look at progress. They agree to let me know any changes either later tonight or tomorrow morning.