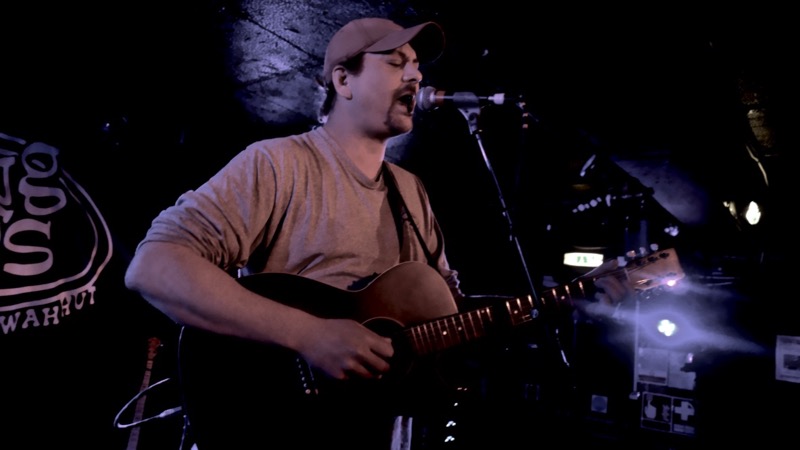 MORE things than usual to be dealt with before breakfast…lots of emails and some stuff for the local community trust.

After my porridge I allow myself a bit of the cornbread I made yesterday…my first attempt and we’re amazed at (a) how well it worked and (b) how good it tastes! It’s on the menu as a compulsory side for all future BBQ.

I accompany Margaret on the second session of her new fitness regime – I;m impressed at her enthusiasm and determination despite the rain.

In the studio I do a Facebook livestream as part of today’s songwriting studio session. Keen to give folks an insight into my songwriting process/progress and get some feedback as the new song develops. It works well and there’s lots of interaction and enthusiasm. People seem to like it 🙂

After lunch I get busy with some stuff in the office, taking a break when Betty and Joe drop by for a coffee. Then it’s back into the studio for some more guitar noodling…and some banjo.

The rain’s off, so time for a wee walk. Been having problems with podcasts stopping and restarting at the beginning and thought it was because of the lack of signal, but the podcasts are downloaded to my iPhone. Research suggests it could be a short in the earbuds’ cable making the phone think the earbuds were being unplugged and therefore stopping the podcast…just to start again when it thinks they’re re-connected.

That figures, as the problem is always when I put the phone in my pocket. I wiggle the cable/connector and sure enough, the podcast starts, stops, resets…time for some bluetooth earbuds methinks.

Back home I see Bopflix Films has released a video they made of me playing an impromptu unplugged song at last years’ Red Rooster Festival. Bopflix‘s Chris Magee filmed my Blues Kitchen Sessions in London a few years ago and is a master of the ‘single shot’ video shoot and he’s done it again with this wee video. I really like his style. See it at the top of the blog or click here.