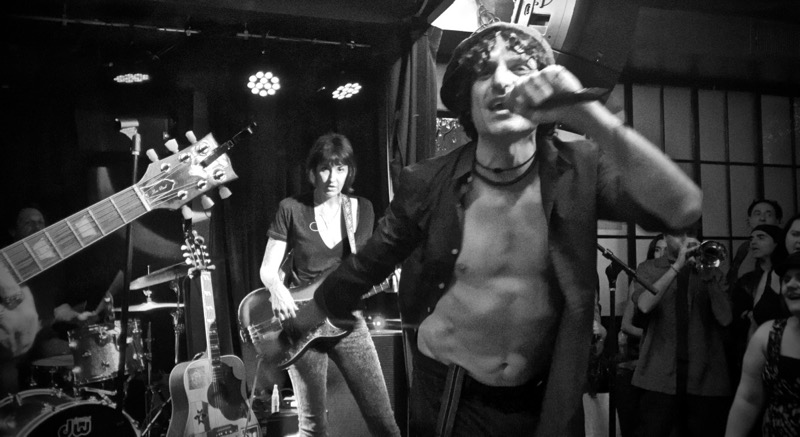 AFTER shovelling away some of the snow and ice outside the house and office I start dumping all the various video clips from the weekend’s Belfast trip onto the laptop.

With the rest of the routine chores and breakfast out the way I start going through the video and putting together a rough videoblog edit. There’s clips from the wee camera, GoPro and both our iPhones. Interestingly, the footage from our iPhones is probably the best overall quality!

Betty and Joe pop in for a coffee and invite us along for dinner later.

More video editing then into the studio to see what’s wrong with the ‘black guitar’. I manage to get the battery box out and check out all the connections. All seem OK, so it must be the battery contact. I put it all back together and plug in. Not working. A jiggle here and there reveals it’s the lower battery box and looks like it’s the ‘springy-ness’ of the contacts that’s the culprit.

I find replacements online for £13 and order a couple. It’s important I’m able to fix this myself in future. If it’s a disaster I’ll book the guitar into the repair shop.

While in the studio I record a voiceover for the video blog then take it back to the office and finish the edit. I;m finished just as it;s time to go along to Betty and Joe’s.

We have a grand night…when we get home I spot a nice review of the Belfast show in Folk and Tumble then off to sleep.

WE land at Heathrow sometime after 6.30am…I only just woke up 🙂

By the time we negotiate umpteen boarding car checks and border control we’re starting to cut things a bit fine to catch the Glasgow flight. When we hit security, I’m amazed how many folks are ill-prepared. You’d think they;d never been on a  flight or through airport security as they fanny about with their bags, laptops, shows at the scanning machine. To make things worse, some of them seem to have handbagfuls of liquids that aren’t in the regulation clear plastic bags so getting through takes a while.

The guitars and my effects case go through OK, but Margaret’s duty free – which is still heat sealed in it’s clear plastic bag with the paperwork/receipts staples on – is taken aside and about four ‘for inspection’ bags behind. There’s no real reason for this – it seems they check ’em at random – and when she tells the security official we’re on a tight transfer he shrugs and starts to drag his heels with the bag he’s working on. Jobsworth wanker.

Margaret asks another security guy who’s understanding and helpful and gets us on our way. Just as well, ‘cos we make the flight by the skin of our teeth and would’ve missed it otherwise!

All our bags arrive OK in Glasgow and Jonzip’s there to meet us and give us a ride home. Margaret goes straight to bed, Jonzip and I have a coffee and blether for a while before he heads off home.

I upload the last part of the USA tour videoblog – see it here – and get some other jobs out the way then wake Margaret up – we have to go back into Glasgow for my 3pm emergency appointment at the eye hospital. We’re there for a good few hours then go on to pick up some shopping.

It’s well after 8pm when we get back home, put the shopping away then wander along to Betty and Joe’s to pick up our mail…and have a couple of glasses of red while we catch up on all the local news.

Click above to watch part four of the USA tour videoblog….

A FOUR hundred-and-fifty mile drive from Elyria to Utica on our way east today.

But there’s an ‘oil change’ message popping up on the van dashboard, so first we have to find an Enterprise and see where to get the oil changed…we also need to renew the contract as we’ll have the vehicle more than 30 days.

We’re direct to a nearby Firestone where the work’s done in half an hour then we hit a post office and start our journey.

My cousin Dot gave us a Panera Bread gift card – that, along with one form Margaret’s pals Bill and Dorothy – have been seeing us right for many lunches. We do it again today 🙂

I take a turn driving, then Margaret finishes off the journey having done the majority of the work today.

The Utica Hotel is a grand old place. A little tired, but a funky, interesting downtown place to stay. The restaurant doesn’t tempt us tho’ so we head out for a walk and find a nice place where we have dinner – steak for Margaret, scallops for me…all pretty good –then wander back to the hotel for an early night.

Part one of the US tour videoblog – seven days in four minutes. Click to watch!

WE’VE been invited back to the Pine Room for breakfast, so get out the motel room at a reasonable time and head back downtown.

Coffee and an amazing breakfast burrito for me and a big breakfast for Margaret set us up for the 350-mile drive to Davenport, Iowa. No show tonight, so we don’t have to rush.

We split the driving and roll up to the hotel in Davenport just after 7pm, unpack and then nip across the road for some dinner. Our meal is pretty unremarkable – and the service a little patchy – but the beer’s good.

We’re back int he hotel room in time to tune into the latest presidential debate – or should that be debacle? What a circus…more like the Jerry Springer Show than a debate between two people, one of whom will become one of the most powerful folks in the world.

While the debate rolls on I put together the first part of a the tour videoblog and manage to cram a week’s-worth of clips into four minutes. It’s kinda laborious and I swore not to do this again, but so many folks asked if I’d be doing it I gave in. This year, though, it’ll be every five or six days..or whenever!

By 3am it’s edited, uploaded and I head to bed.

A four-minute videoblog of last week’s whirlwind tour in Estonia….

WE wake up late. Not sure if it was because of the wind, but neither of us slept very well last night. I woke up at 4am and didn’t get back to sleep until well after 6am. Very unusual!

Good news is the lurgy has subsided considerably. I rush into the office to pack some merch and print postage  before breakfast, then fire off some emails about the US tour.

I have a long list of things to do as a result of lying awake earlier…posters for September’s shows down south, web stuff for various folks, invoices to send out. Jeez.

Once I’ve got through some of the stuff I head to the office to print set lists for tomorrow’s (Tuesday) show with Bob Wayne at the O2 ABC in Glasgow…plus overprint a batch of postcards with forthcoming show info for the merch desk.

Then I head for the studio. A new radio pack/transmitter for my guitar’s wireless system arrived earlier and needs to be set up….I panic when it doesn’t work then find a rogue RF setting hidden behind the usual menu options. Sorted. Phew.

Both the old radio packs work, bit only just. They’ll do for emergencies but can’t be depended on.

I add captions to the Estonia video blog and upload it to my YouTube channel (see it here) manage to find the Good Moonshine video and restring the guitars ready for tomorrow.

Martin arrives just as I finish – we go for a walk in the evening sun and discuss a photo job he’s asked me to do. Back home we have a glass of wine, he heads off and I make dinner.

Got an early start tomorrow, so best get things in order….