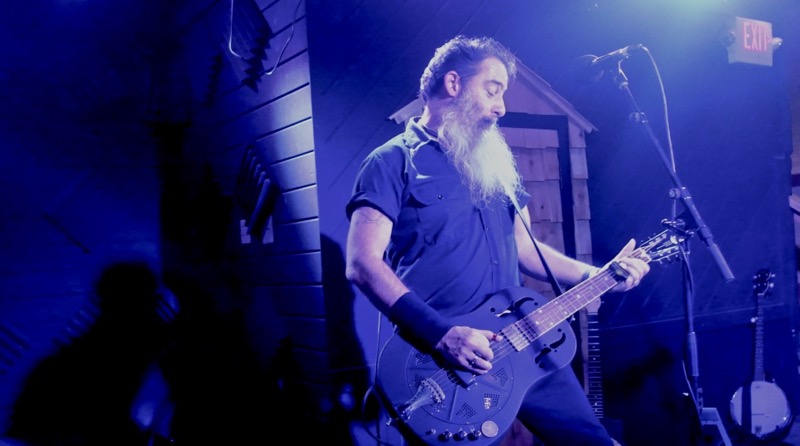 We love coming to Annandale and all our pals here 🙂

We stop short of Annandale to check into our hotel in Minneapolis but we’re way too early so find a Panera Bread for lunch. At 2pm I have a phone interview on Winona’s KQAL89.5 FM to preview tomorrow’s (Friday) show at Ed’s….I use Panera Bread’s wifi to Skype in to the station and have a nice 20-minute love interview.

Next stop our hotel where we check in and have time to catch up on some work before we leave for Annandale about 50 miles away.

Our pal Casey’s ready and waiting when we load in at Russells – load in and soundcheck is a breeze then we have a beer and dinner.

There’s quite a few folks we know in for the show, including a photographer we met at a show in Rochester, Minnesota last year.

Jesse Revel opens up with a fantastic set…very cool music and all round good guy..then I play an hour or so’s set and have a blast.

There’s time to chat with folks after the show then we start packing up the gear and merch – but before we go we share a Glengoyne with the venue owners, promoter, soundman and Jesse. Everyone’s falling in love with this dram!

We share a Glengoyne with the venue owners, promoter, production team and Jesse