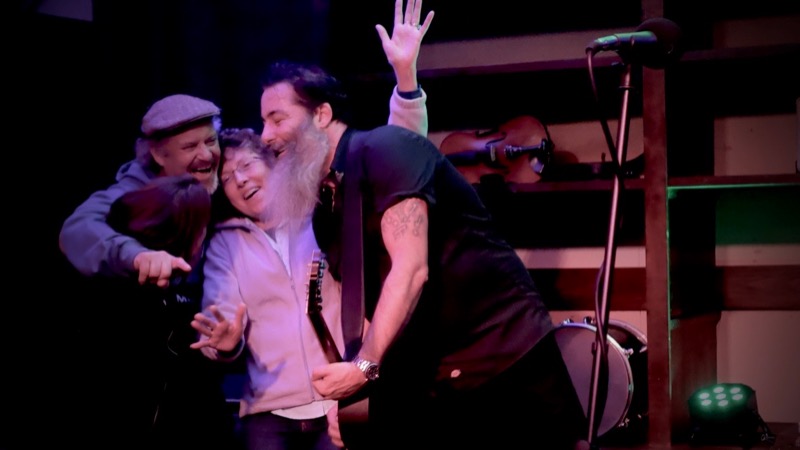 WE have a huge breakfast at the motel then hit the road.

Not too long a drive to Nahma in  Michigan’s Upper Peninsula (UP)…but we lose an hour crossing a timezone.

We’re excited to be going back to Nahma and catching our pal Charley…and he’s turned the ‘general store’ next door into a venue…it exceeds all our expectations!

After a great burger – the best I’ve had since we were here two years ago – we soundcheck in the store with Dan…an ex-Nashville soundman who not only knows his stuff, but is an amazing guy too.

Showtime is 7pm and there’s a great crowd in…some familiar faces from the last show here…and lots of new folks too.

We have a fantastic night, the sound is awesome, the place is amazing and crowd well up for it. 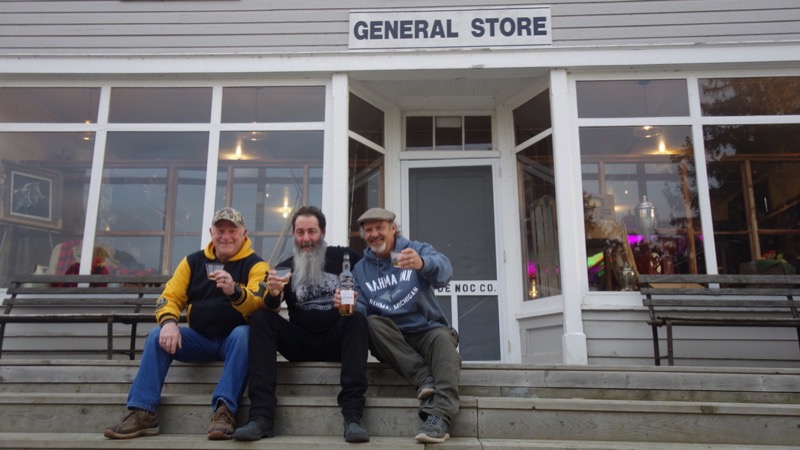 Time for a dram of Glengoyne with Dan and Charley after soundcheck at Nahma general store.