Click above to watch the Facebook Livestream from Traverse City…and the epic fail when I knock the iPhone/camera outta Margaret’s hands!

ANOTHER day off! And there’s a message from my cousin Dot saying she’s around today so we can meet up. Awesome.

We have breakfast in the apartment above Don’s garage, get some work done then go to meet Dot. She lives in a really cool complex for ‘seniors’ and every amenity you could think of is right not he doorstep. She shows us round and we have a light lunch and chat  for a good while. Great to see her and catch up…she brought a bunch of pals to the show the other night and while its lovely to see folks at shows, its hard to find time to get a proper blether.

There’s a few things to pick up en route back to the apartment where we have a snack and  then nip out to film a wee promo for a Scottish festival I’m playing in May and a couple fo Facebook livestreams – one to my page and one to my personal profile. The one to my personal profile is embedded above – worth a look if only to see the camera flying out of  Margaret’s hands when I accidentally catch the mic cable with my wild gesturing 🙂

Later, we go across to the house to get Don and take him to local Vietnamese joint The Good Bowl where we have a couple of bees and an awesome meal. We love it.

Next stop is Mikey First Brewery round the corner for some classy beer then Dan take us to the the State Theatre cinema, leaving us there with two complimentary tickets to see The Old Man & the Gun – a movie Margaret’s been particularly keen to see, Don gets a guest allowance as he volunteers at the venue which is a spectacular restored cinema that has helped transform the activity and popularity of downtown Traverse City.

We enjoy the film then go back and chill with a glass of red before bed. We’ll be sad to leave Traverse City tomorrow (Friday)..but looking forward to seeing our pals in Kalamazoo and beyond… 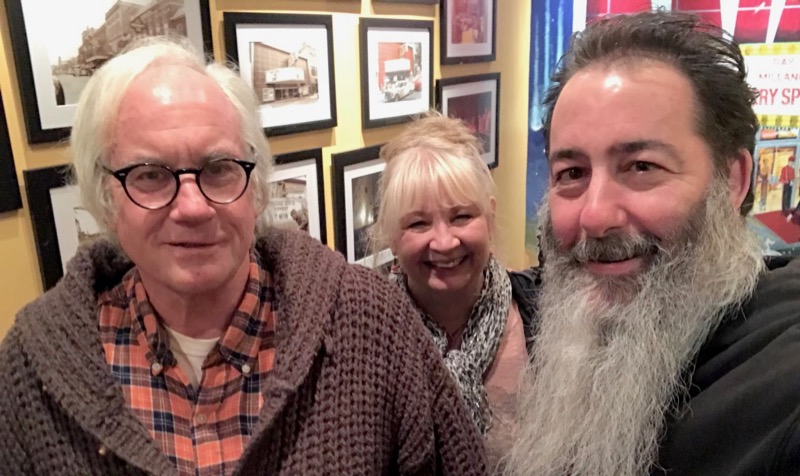 Our host Don gets us complimentary tickets for the Stage Theatre cinema….