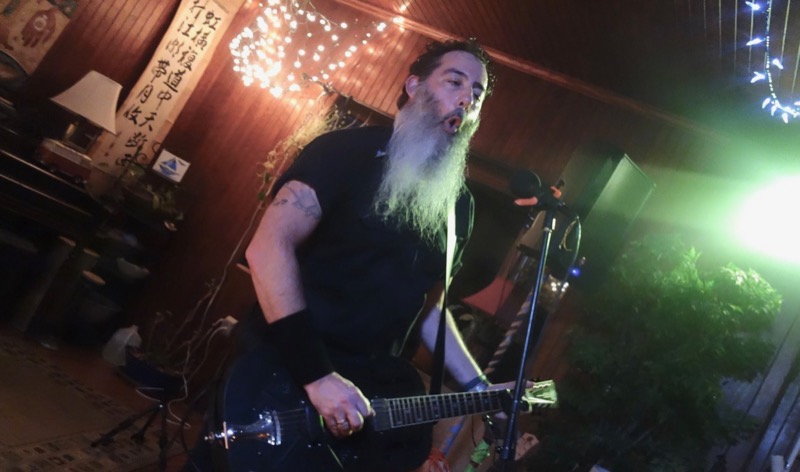 The Carriage House, Newburyport – a house concert like no other 🙂

WHILE the room at America’s Best Value Inn in Putnam is good – a lot better than we expected – the breakfast is awful so we make do with coffee.

After I get some work done and we’re packed up we hit the road to Newburyport, Massachusetts which is a few hours’ drive away.

Margaret wants to pick up some odds and ends at a craft shop and we stop for an early lunch at an Arby’s. Expensive, but good. I eat waaaaay too much.

Onwards to Newburyport and we roll up at the Carriage House just after 5pm.

Jason is waiting for us and soon I’m loaded in and sound checked, The rest of Jason’s band – The Southbound Outlaws – arrive and soundcheck then we all have something to eat as guests start to arrive. This may be a house concert, but the music room is bigger than many venues, has a good PA and lighting  and is beautifully furnished.

Jason and the guys kick things off then I take the stage for two 45-minute sets,

Once we’re done there’s lots of hanging out and chat…and once everything’s tidied away we share the last of the Glengoyne with Jason…. 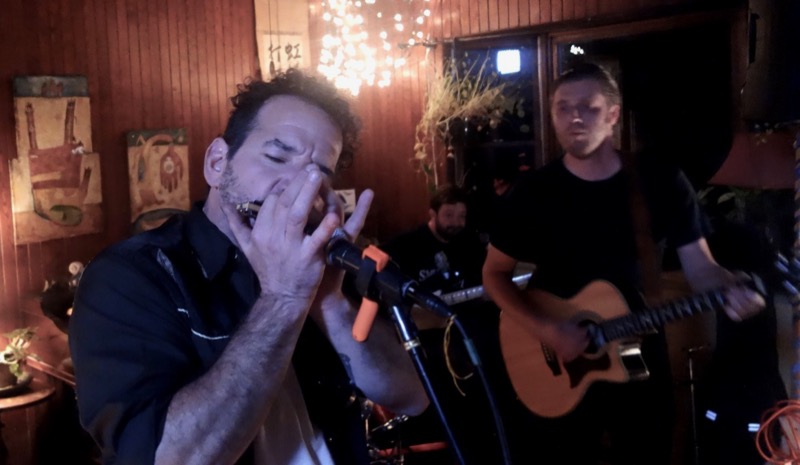 The Southbound Outlaws kick off the night…

…and at the end of the night Jason and I finish the last of the Glengoyne.