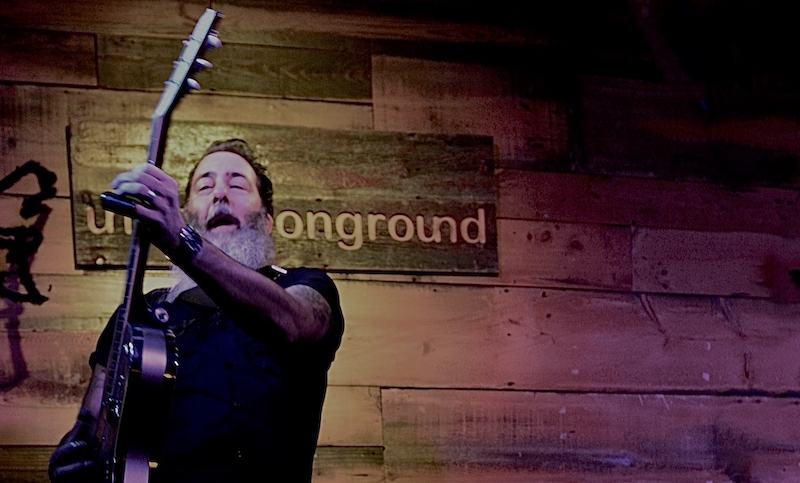 Some nice pix from one of my Chicago shows by ashotofhonkytonk.com – click the pic to see the gallery…

AFTER the routine stuff’ out the way my first job is to write a feature about my music and influences for RnR Magazine.

It takes me a little longer than I expect and when I go back to the house for a coffee I notice two of the three packs of mince we bought the other day are right on their sell  by date.

I freeze the pack that still has a few days and make a big pot of bolognese sauce with the other two.

Back in the office I finish the feature then go back to the house and nab some of the bolognese for lunch and split the remainder over a couple of containers and stick ’em in the freezer.

I have a 2pm phone interview about the upcoming Dundee gig (Sunday 18 November)…I know the journalist well and we blether for a good hour-and-a-half by which time I need to get the smoker going for the chicken…some for tonight’s dinner and the rest to be frozen for future jambalaya.

In between times my pal Duncan calls. He’s got a local show tomorrow (Saturday) night, but we already have an event in the diary so we’ll miss him 🙁

I get some more work done in the office while the chicken’s smokin’ away. Amongst other things a message comes in from a photographer in Chicago with a link to download some images from my show at Uncommon Ground..some cool pix in there.

We have a lazy night and watch some telly with a glass or two of red then zzzzzzz…..